After the release of Fortnite for Android, it has quickly become one of the hottest games in the world. Due to its overwhelming popularity in the battle royal scene, this game is now available to play on PlayStation 4, Xbox, PC, IOS, and even android.

Whether you are playing the game on your PC or playing Fortnite mobile on your smartphone, pay attention to the tips we have for you today. We are covering all you need to know to come out victorious after every match and get the competitive edge. So, without any further ado, let us dive right in.

This may sound like a no-brainer. But in the heat of the moment, many of us forget to put on our headphones and play the game with the speakers on. You wearing headphones can be the difference between winning the battle royal and dying right after you land.

As the game is completely free to play, you can also invest in a good pair of headphones if you haven’t already. Using headphones will allow you to hear the direction of the footstep and movement of the enemy so you can always be on alert.

The circle is the most vital part of the game

Regardless of your urge to turn back around and jump directly towards your enemy, your priority should always be to stay within the circle. In a battle royal game like Fortnite, the circle is all that matters.

With every moment the circle shrinks in size. So always pay attention to the timer and be aware of the direction it is shrinking. In case you are on the side that is shrinking, your priority would be to go within the circle.

In case you see someone in front of you when the timer is up, go past them if possible without fighting. An extra kill on your KDA is worth nothing if you die.

A keep thing to keep in mind when you are playing Fortnite on android is that the game is won by being the last person alive, not but getting the most kills. But to survive, you need others to die as well. You can get all the kills in the game but still, lose to the last player.

That is why, unlike many other FPS games, you do not under any circumstances start shooting right after you see someone on your screen. Do not rush into it and engage without knowing for sure that you are at an advantage.

Use shield potions as soon as possible

Whenever you get your hands on the blue shield potion, make sure to use it up. Not having a shield at a crucial time (which can come at any moment) can be the reason behind your demise. But also note that the shield buff does not offer protection against all forms of damage.

For instance, if you fall from the high ground, you still take damage to your health bar.

Break the habit of lotting a dead body right away

Although it might seem tempting to start looting the enemy body you just killed with glory and pride, it is not a good idea to do so. And here is why.

Whenever you engage in a fight, the shooting can attract quite a lot of attention on the map. Many players scope up to and watch the fight and aim for the dead body to shoot down the winner of that fight. So stop being the bait and make sure you are completely safe to loot before you run towards the body.

Learn how to build

The building element is what makes Fortnite on android different than many other battle royal games. And as a newcomer, you must learn how to build. With enough practice, you will be able to build strong protection and ramps around you in a matter of seconds.

The building aspect is crucial mostly in the endgame when there is no one left to hide.

If you are already playing Fortnite on android, you might already have ideas about what type of weapon does what. But regardless, let us check out the most optimal situation for all the weapons and their pros and cons once more.

Assault rifles: Assault rifles will be your go-to choice of weapon. This is great for long-distance fights but also can be used for a short distance as well. Some of the AR can also be used with scope to zoom in on the map.

Sniper: Speaking of zooming in, let us talk about snipers. These are perfect weapons if you are on a cover at a long distance. But make sure to have shotguns or SMG with you in case some comes up close because snipers are the worst weapon in close combat.

Shotguns: Shotguns are a close-up aggressive weapon that does the most damage the close you are. But keep in mind that if you are not shooting from a close distance, it will not deal any damage or miss most of the bullets in the barrels.

SMG: SMG is the fastest gun made for close-up fights. But they can not be used at long distances due to inaccuracy.

Fortnite also has a rarity scale when it comes to weapons. Below is the scale of a rarity in front of android:

Here are all the Fortnite tips and tricks you will need to have a competitive edge and come out victorious in every game. So keep all of these in mind, implement them in the game and dive down to your Fortnite on android right away. 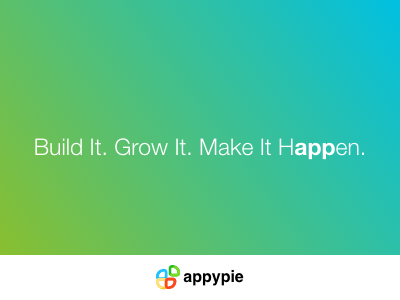